Higher vaccine coverage in older people has the most significant impact on a country’s hospitals and healthcare systems.

Airfinity’s analysis shows that a small change in vaccine coverage for those aged over 65 can have a significant impact on hospitalisation. 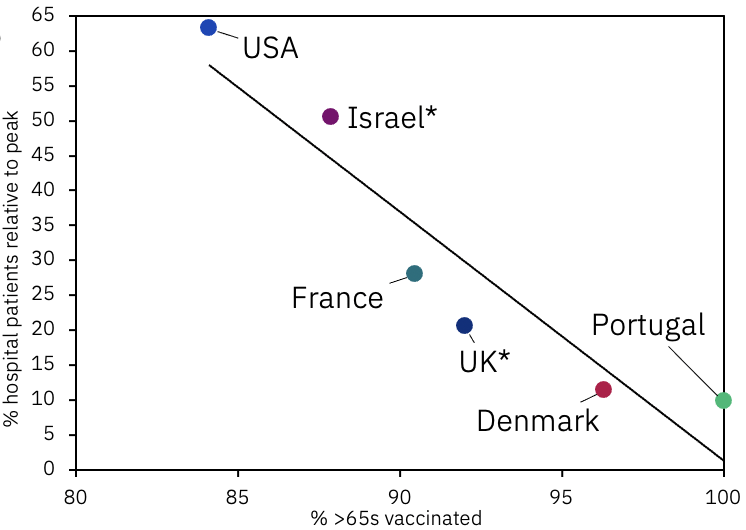 However, caution should be used when trying to compare relatively similar levels of coverage as different estimates for population size may have an impact on the apparent coverage.

Furthermore, factors such as the potential waning of protection against severe disease, the mix of vaccines utilised and the number of comorbidities may also influence the hospitalisation rate despite similar coverage. To discuss our analysis further, get in touch here.

What does Monkeypox teach us about pandemic preparedness?