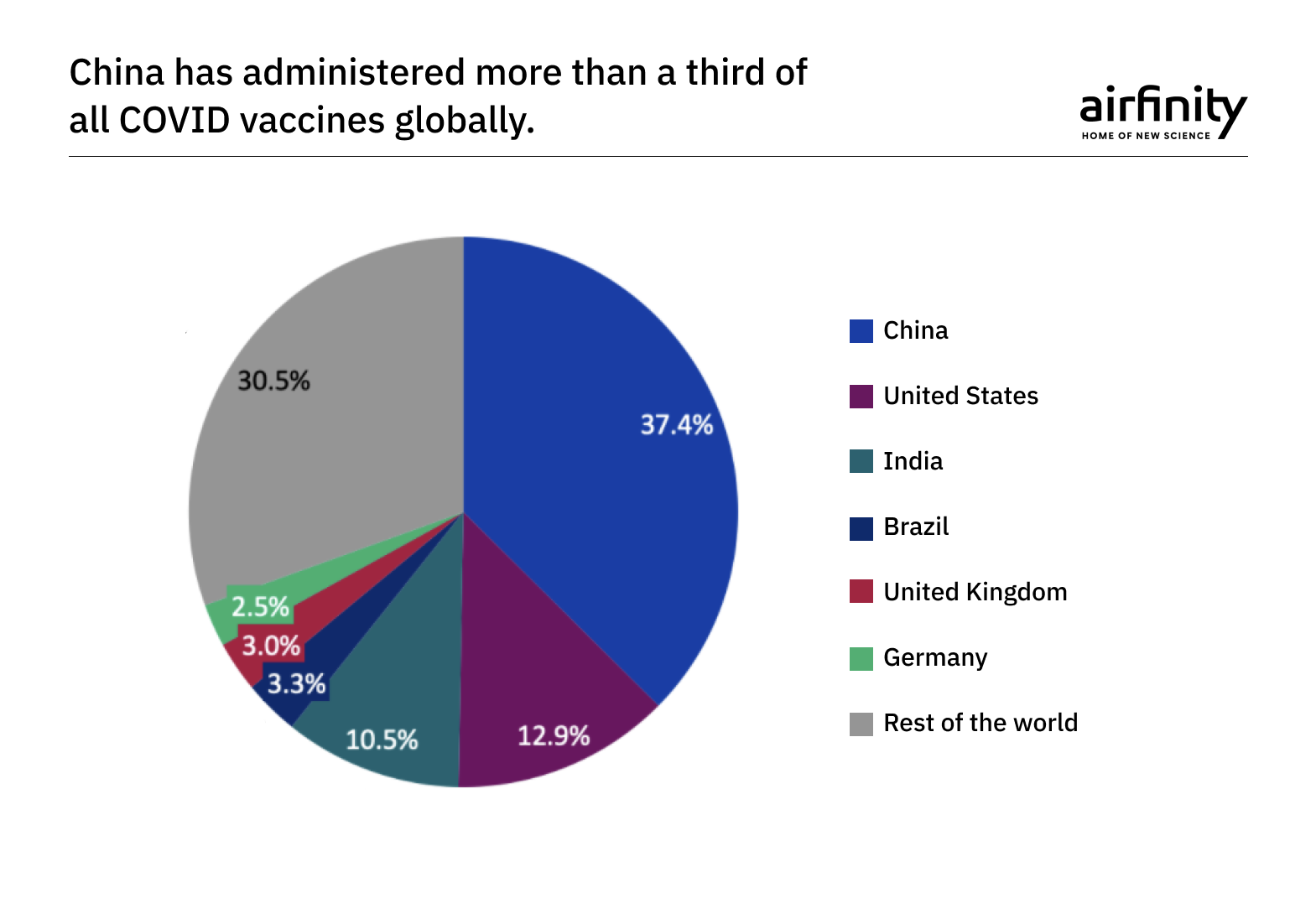 China has seen a huge surge in its vaccination campaign, administering the most vaccines per capita than any other major country and dwarfing the rest of the world in absolute number of doses administered. It administered a staggering 23.6 million doses on a single day on 22nd June, rebounding from a low of 11.36 million doses on 14th June. China is forecasted to have 75% of its population fully vaccinated in Q4 of 2021. 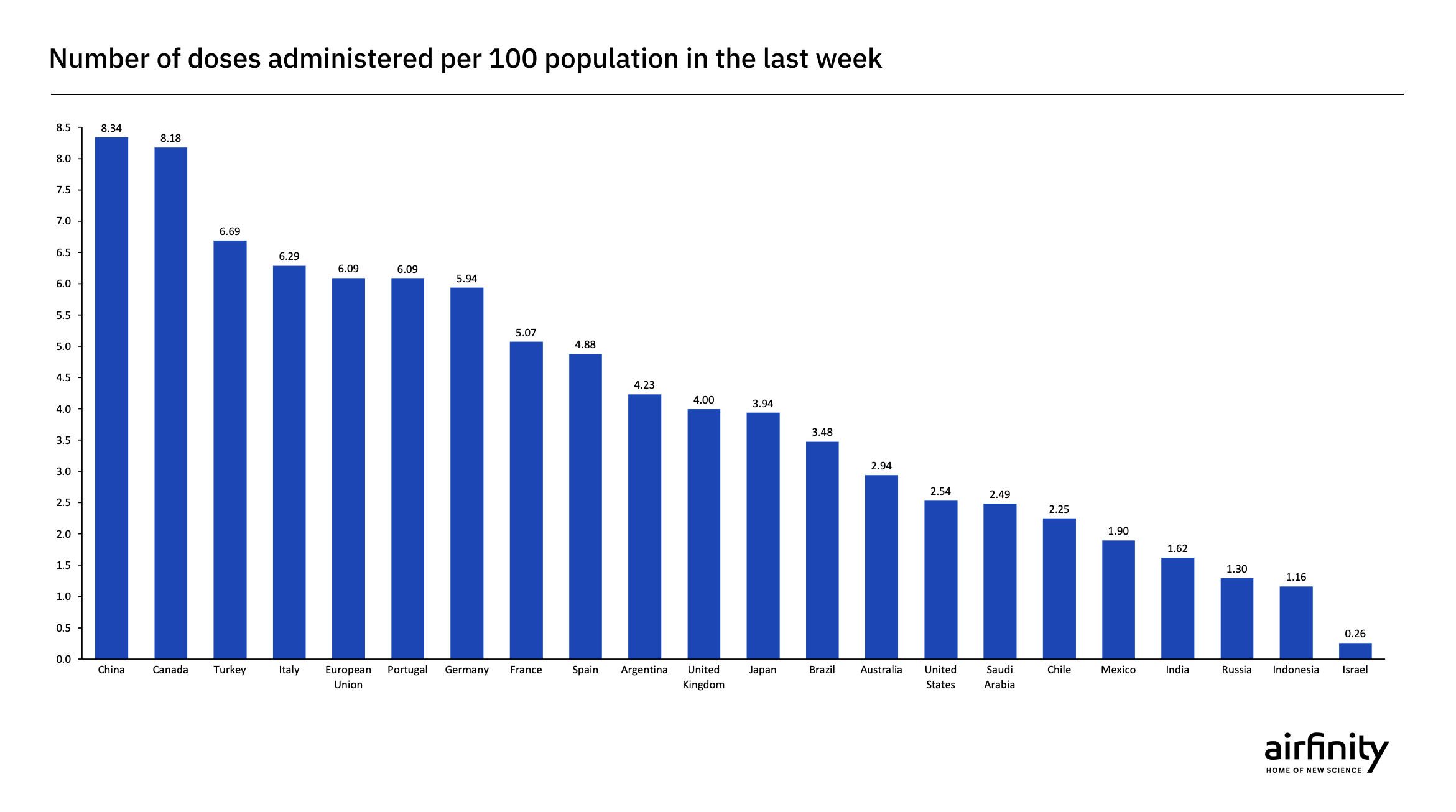 As of 22nd June, the United States, United Kingdom, Israel and Chile have fully vaccinated 44.75%, 46.33%, 59.51% and 49.81% of their populations respectively. Vaccination rates in the US, UK and Chile are showing signs of levelling off, whilst Israel has long since plateaued. These countries now are demand-driven in their vaccination rates, with the rates limited by hesitancy, not supply.