Airfinity expects the sale of non-Chinese vaccines to almost double next year from nearly $70 billion to almost $127 billion as more countries choose to buy the highly efficacious mRNA vaccines. 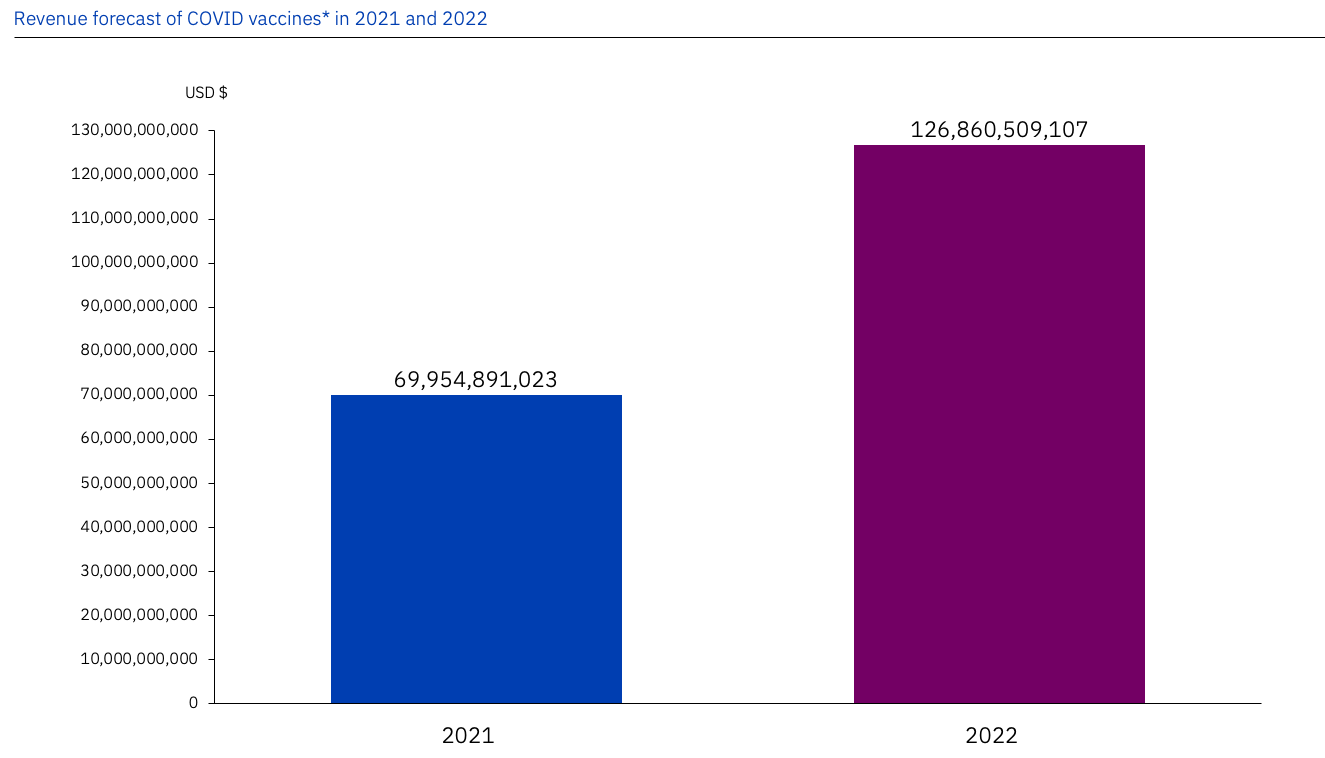 Western vaccines will be preferred over Chinese, so once they can be produced, they can be sold and will outcompete the less-effective Chinese vaccines. Many countries currently using Chinese candidates are turning to Western vaccines as 3rd shots to bolster immunity.

While China is currently the largest vaccine producer, most of its vaccines are being used domestically, with only 18% of their current production being exported. China has sold 1 billion vaccine doses to other countries in a global sales market of 14.1 billion. There are yet no sales of Chinese vaccines confirmed for 2022.

For more information or if you have specific data requests, contact the team.