Airfinity’s production forecast for new variant-targeting vaccines shows there will not be enough doses produced for a global roll out until late next year.

The forecast considers the 100 days vaccine manufacturers have said it will take to begin production of a second generation jab and using current production data predicts how many doses could be produced under different scenarios.

In the best case scenario, in which all vaccine producers switch production facilities and scale quickly, six billion doses could be produced by October 2022.

It is estimated that the mRNA vaccines will make up the majority of the doses, as they can be developed and scaled quicker than the cell-cultured viral vector vaccines.

Switching all production facilities will also mean taking current vaccine production offline. In the base case scenario, in which vaccine manufacturers switch 50% of their capacity, production won’t hit six billion doses until January 2023. 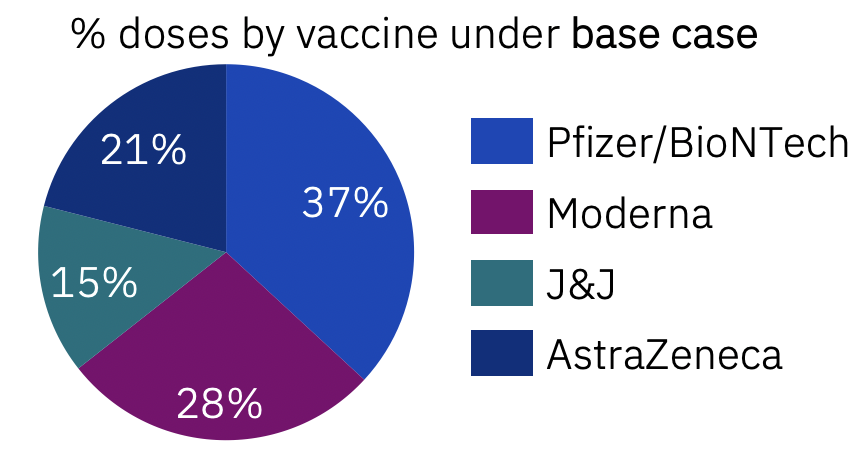 Airfinity’s CEO Rasmus Bech Hansen says: ”Even though new vaccines can be configured relatively quickly and we expect to see fast track approval, there is no magic bullet for scaling up production. If we need a targeted Omicron-vaccine to maintain high levels of protection, we are likely to see a vaccine procurement race early next year, similar to the one we witnessed this spring, where countries were struggling for and competing over limited supply. Our data shows that vaccinating the whole world against Omicron is very far off”.

Get in touch for a demo of our COVID-19 Pandemic Platform, including Omicron variant tracker: https://www.airfinity.com/covid-book-demo